ISEKAI Mod is a Entertainment Android Game . (app.isekai) The latest official version has been installed on 500,000+ devices. On a five-point scale, the application received a rating of 8.4 out of 10, a total of 9532 people voted.

[11/10] Important: Behavior when selecting a character
After downloading the app, the initial data is read when the character is selected, but it has been confirmed that the mark indicating that it is currently being loaded is not displayed normally.
Please wait without closing the screen until the data DL is displayed.

Raphtalia from The Rising of the Shield Hero, which has a second season coming out in 2021, has been added as a new character

◆App Explanation
ISEKAI is a service that allows you to have conversations with anime characters.

In addition to a number of lines recorded from the anime, the latest speech synthesis technology(※1) is used to create speech that sounds exactly like Megumin and Raphtalia to allow for a multitude of conversations.
We plan on increasing the number of lines and characters in the future.

◆Function Explanations
○Talk Mode (Conversations)
Megumin and Raphtalia will respond to you after you talk to her using your device’s microphone.
There are over 500 voice lines recorded!
She is able to respond to a variety of key words, so please feel free to try many topics.

▼Examples of words to start conversations▼
“Good morning!”
“It’s a match!”
“Congratulations.”
“What is your name?”

○Alarm Clock
The app is equipped with an alarm clock that wakes you up with Megumin and Raphtalia’s voice.
The alarm comes with a beginning set of 10 voice lines which can be mixed and matched.
We plan on adding more recordings as needed, so please look forward to them.

* Not compatible with some devices. Please use it after confirming the operation within the free usage range.
* Operations on other OS / terminals are not covered by warranty / refund and full support. 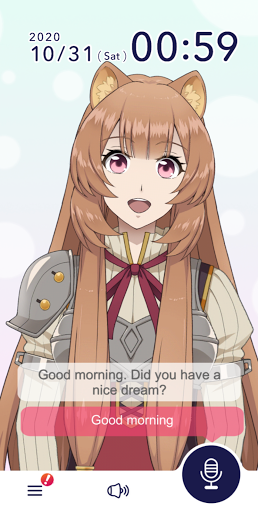 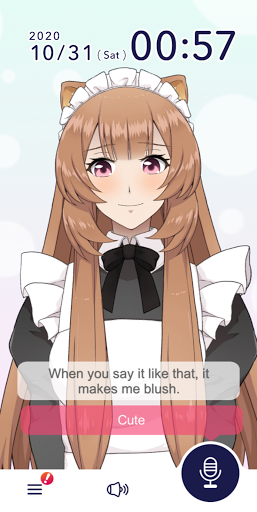 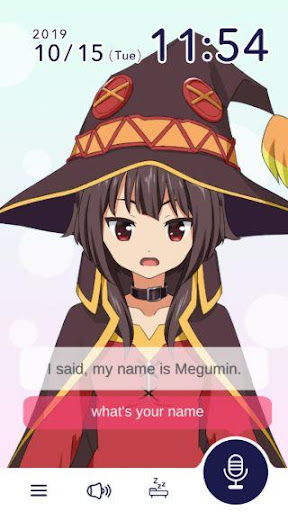 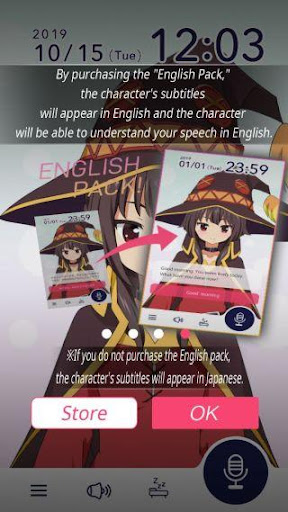 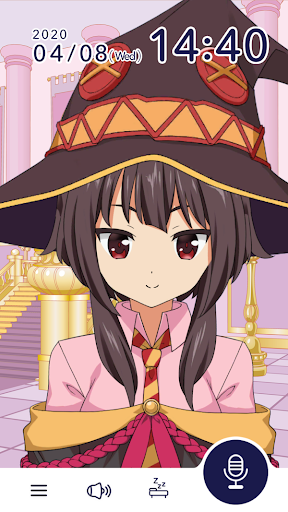 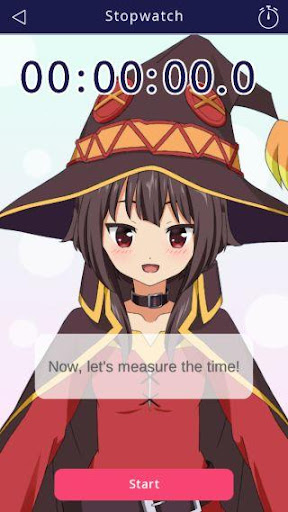